The A to Z of Scaling Up

The modern entrepreneurial ecosystem is constantly expanding. However, this was not always the case, particularly when BYJU’S was founded in 2011. NSRCEL recently hosted Divya Gokulnath, co-founder of BYJU, to better understand the company’s 11-year successful journey. She discusses the early stages of establishment, the meteoric rise of BYJU’S, and the different dimensions of scaling up from 1-10 and beyond.

Today, BYJU’S has more than 80 million students, including 5.5 million annual paid subscribers, use its services. The annual renewal rate is 86% and the company added 45 million new students in the first six months of the lockdown last year. When asked about how an organization can productively adapt to the phase of scaling up, Divya mainly had 4 key points:

The founding team at BYJU’S is keen on making decisions that are supported by their math and intuition. And, in the process, incorporating all of the different perspectives provided by their diverse leadership to put their best foot forward. Adding to this, they are insistent on maintaining a flat structure in the organisation as the workforce expands. They take advantage of the ease of access in a digitally enabled world and believe that maintaining approachability and visibility to the team drives a startup to scale up and remain mission-driven.

More often than not, startups are confronted with the issue of compromising on workforce quality to ensure continuous operation. Divya shared that “BYJU’S has always had an unfair advantage in attracting the right type of talent since education is very close to people”. Everything moves quickly when scaling up, but it is critical to building a group of people who share the founder’s mentality and the ability to identify another group of people who will be a good fit for the organisation and contribute to its long-term growth. Integration of people and products is an important factor and getting it right is what allows a startup to grow organically as well as inorganically. BYJU’S three major acquisitions, Osmo, WhiteHat, and Aakash, were made with the organization’s strengths in mind, both in terms of people and product. The product and expertise gained through these acquisitions complement BYJU’S original model.

Osmo, for example, excels in computer vision technology. Partnering with BYJU, they provide a digital learning experience that allows the child to study wherever they feel comfortable while also being monitored by a teacher. The White Hat acquisition equips the students with the opportunity to learn math and coding in one-on-one sessions and this venture will be launched in 6 countries. Lastly, with the Aakash collaboration, they aim to create a hybrid format wherein students will have the flexibility to decide between attending classes in person or online. Due to the pandemic, the ed-tech industry has been able to tap into its full and greatest potential. This includes the ever-growing role of teachers, who can now work from anywhere at any time, and make learning more effective and engaging by incorporating technology and visual elements.

Changing gears, we learned more about Divya as a person. She saw first-hand the impact she could have in the educational domain and, as a result, chose teaching over the prescribed path of higher education from abroad. She goes into detail about the transition from offline classes to developing a learning app, and how it required a lot of planning, research, and perseverance on the part of the founding team. Being a person with diverse talents and interests, Divya achieves work-life balance by prioritising what is most important to her and surrounding herself with everything that brings her joy and keeps her motivated.

Going deeper into the income pyramid, one of BYJU’S initiatives to make their program accessible to all has been the device donation drive, in which they installed the program on the collected devices and donated them to students who do not have access to the same. BYJU’S ultimate objective is to leverage technology to bring about a systemic change in the way students learn – only with holistic learning can the students of today become the leaders of tomorrow. 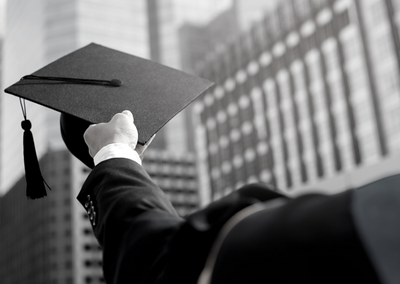