Identities in Transition: People Beyond Borders

People Beyond Borders, founded amidst the clutches of the pandemic, in 2020, is run by, for, and in collaboration with displaced communities and refugees. People who are forced to flee are partners rather than beneficiaries. Their initiatives include, participatory research with universities & social enterprises, well-being workshops, skill-sharing to address the challenges, experiences, and opportunities of displaced people. They facilitate diverse trainings through innovative means, such as stories of skills, ideas, cultures and cooperation based on some common grounds & values.

The foundation focuses on relaying its agenda of building a culture of care, belonging, and dignity for those fleeing humanitarian crises, especially women and children, and youth, fleeing wars, conflicts,
disasters, or human rights violations, in a threefold manner. Building an international community and support system, this cohort of 20 people from 10 countries across the globe, facilitate psychosocial support through arts, music, theatre, and creative modalities. Secondly, storytelling and research act as the second pillar. The People Beyond Borders team, supports to empower individuals to bring out their stories and experiences as storytellers, via authentic journalism and express it in their own words, whether it’s in the form of blogs, photos, videos, podcasts, or whatever medium is most comfortable with them. Lastly, Entrepreneurship plays the role of the third pillar.

This year, they are planning to work in India and Germany, to create a platform for refugee entrepreneurs with the support of a German Tech start-up. This platform would facilitate training for refugee communities for professional and personal development as well as coaching sessions with mentors who speak their language. They also plan on moving on to countries, such as Lebanon and Greece soon, where a few team members and partners are located as well.

Under the guise of what inspired this project to come to life, Prerna, the founder of People Beyond Borders, claims that while working in the humanitarian sector, in organizations like Save the Children and Mercy Corps, as well as on the ground in places like Nigeria, Turkey, Nepal, facing conflicts or disasters such as droughts, earthquakes, floods in Kashmir, we tend to only focus on and redirect our attention through “food, shelter, water, clothing”, but remain oblivious to “identity”, which is most at stake. It is essential to understand and introspect how refugees are forced to flee and subsequently reconfigure their identity in many respects, especially in transit.

Furthermore, there also exists a hierarchy among refugees, underpinned and covered by geopolitical and intersectional (gender, race, religion, age) patterns, history and interests. It continues to create a wedge between those ostracized by the state, diverting resources and attention from displaced communities, and pushing them into the vulnerabilities of trafficking, vandalism, smuggling, and militant recruitment. Organizations, such as this one, have identified gaps to unlock social cohesion and the connections between them so that cultural capacities thought to be lost are given a platform to shine. This platform proves to be a safe space for refugees, which they can call their own, a place that is free from surveillance and tracking. Then tapping into grants and resources, which is where NSRCEL comes into the story.

NSRCEL embodies the entrepreneurial spirit of India. Over the years, they have curated programs that seek to reach every niche in the business ecosystem. It focuses on various areas such as social ventures, women, student entrepreneurship, and emerging businesses. The tie between the two helped alleviate their knowledge of how to create structures, policies, and frameworks as humanitarian peacebuilders, through the mentorship guidance inputs. NSRCEL was the support system throughout their incubation period, being at the beck and call, whenever the foundation needed direction and advice on how to move forward.

“Trust your intuition and keep moving forward, you will create the path you always wanted to be on” – Prerna Rathi, Co-Founder of People Beyond Borders. 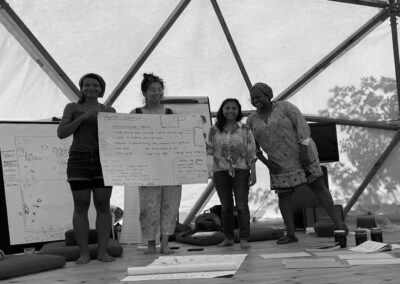 Identities in Transition: People Beyond Borders 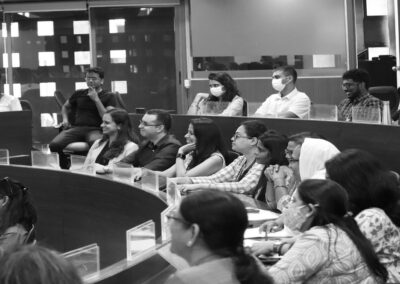 The Anatomy of a Startup Incubator 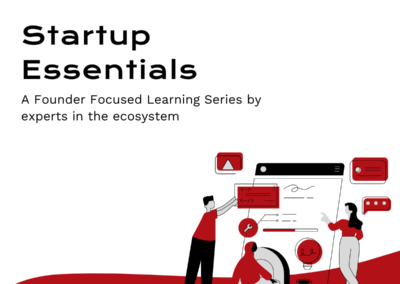 Learn, unlearn, and gear up for growth with Startup Essentials